Electronic Dance Music, or EDM, is known for one thing above all – it’s knack for getting people up and dancing. House, Techno, IDM, Glitch, Trance, Industrial – Electronic Dance Music packs warehouse, raves and clubs full of people who’ll dance all night long. So, what makes EDM so danceable? To put it simply – the beat. The drums. And that’s all down to clever producers getting into and experimenting with drum synthesis.

The bottom line is this: if you want to make music that hits, if you want to make music that people will want to dance to, then you’ll want to use electronic drums. But with so many people using the same sounds and drum patterns nowadays, keen producers will be looking for new and exciting patterns to add variety to their sound. It is a variety of patterns that will make their EDM tracks stand out from the crowd.

So, to help both beginners looking to get a start in creating drum patterns, and for experienced producers looking for a new style of beat, we’ve compiled a deep dive into how to construct and record drum patterns inspired by music from all around the world.

Where to Begin with Making EDM Drum Patterns – The DAW Route

To get started making and recording drum patterns, all you need is a drum machine. Many people nowadays use VSTs to create beats in their DAW – or, Virtual Studio Technology in their Digital Audio Workstation. To put it simply – people will use the virtual instruments within their computer’s music making software to create beats.

For example, they might make a beat in Ableton using a Roland 808 drum machine clone. Or, to get a classic techno sound, producers will often look to a Roland TR-909 – you see, certain drum machines have a classic ‘sound’ that has come to be known in certain genres. The 808 is probably the most famous drum machine sound of all – and once you get into playing one, you’re sure to recognise some of the sounds. Here’s a beat made on an 808, then a beat made on a TR-909 for comparison.

All DAWs will include drum machines that are based off of classic models free of charge, including Ableton, Logic, Garageband and Cubase, and each drum machine will have its own sound and flavor. It’s up to you to decide which sound you like best, and once you find a drum machine that you like you’re ready to start making a track.

What Controller Is For You?

Many producers use launchpads or midi keyboards to programme their beats whilst using the virtual drum machine in their DAW. The Novation Launchpad Mini is an affordable launchpad that is great for both beginners and novices, whilst these are a good entry level midi keyboard – although midi keyboards are easy to come across for cheap secondhand or in hardware shops. Some midi keyboards even have launchpads attached! Many people prefer launchpads to program drums as it feels a little more like ‘hitting’ a drum.

Although, if you can’t afford a controller, you can also record a pattern by using your computer keyboard within your chosen DAW. Most drum machines will stick to the same control layout – for example, the kick drums are nearly always the A and S keys, the snare is always the D key, and the hi hat is the T key. The kick, snare and hi hat are the backbones to any good beat – so beginners should work with these three drum parts when they begin creating beats. 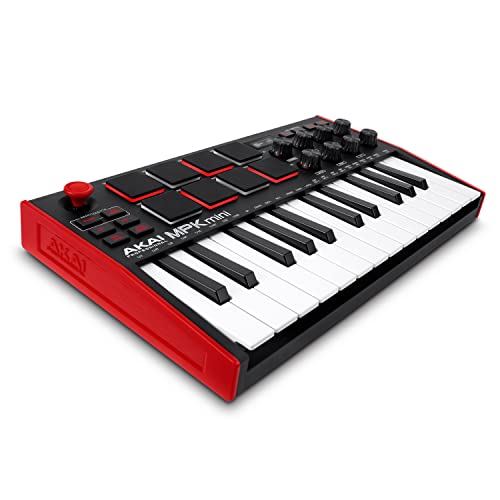 However, EDM began on real drum machines – 808s, 909s and so on. For beginner beatmakers, buying a real physical drum machine is a great way to begin making patterns and can be a much quicker learning process than figuring out how to use Logic, Ableton or another music making software (Even though our guides are pretty awesome!). The process of making patterns on a real physical drum machine is much more intuitive than using a DAW, and I guarantee that you will be able to make some inventive patterns by pure accident. Plus, they’re cool! Nowadays there are low cost and affordable drum machines leveled at beginners: the KORG VOLCA series is a great example of this, both the VOLCA Beats and the VOLCA Sample are great starting points and can often be picked up for $150.

But enough of the controls – let’s get into some patterns.

Nearly all EDM tracks are in 4/4 time – to readers who are totally unfamiliar with music theory, this essentially means that there are an even number of beats in a bar. You can think of a ‘bar’ as one cycle of the beat. We’ll demonstrate this with the most-used drum beat in all of music, in any genre.

The audio clip above is commonly called ‘four on the floor’, it’s famous for grounding/anchoring disco music but it is really used across all genres. The kick drum is played on every measure – another word for measure is ‘count’ – so when you count 1,2,3,4, the kick drum will sound on each count. Hence, 4/4. The audio clip hears the beat cycling 4 times, so you can count 16 kicks being sounded. That’s 4 cycles of 4/4 … confusing, we know! But music is all about counting, and once you understand the basics, everything else becomes easier.

Pattern 101 – Building The Classic Beat, Bringing in The Snare and The Hi Hats

The snare drum is most commonly used on the 2nd and 4th measures. So, let’s hear that.

The hi hats are often used on every measure, just like the kick drum, but also the space ‘between’ each measure. This is commonly called the ‘ands.’ So, we count 1, and, 2, and, 3, and, 4. The hi hat would sound on each count, and the ands. Let’s hear that.

Now that we’ve got the three most important drums down, the kick, hi hat and snare, we can create a map to better show the construction of the beat. This is what the beat looks in my DAW, Logic.

You can see one ‘bar’ – in this case, bar 24. You can see the kick, snare and hi hat mapped to the corresponding keys on the keyboard to the left. Because drum machines used to be split into 16 segments per bar, most DAW, Logic included, will split a bar into 16 segments.

Now, because each DAW is different, we’ll move away from Logic screenshots and begin making our own beat maps. Once you get your head around these maps, you’ll be able to read and understand beats far quicker than by listening to them.

In classic drum machine style, we’ll also split the beat up into 16 segments – this can be applied to all DAW maps using the gridlines seen on the screen. But, again, using a physical drum machine is the quickest way to learn how to construct beats.

Just as Logic does, if we begin mapping out the classic beat, this puts the kick on segments 1, 5, 9, and 13, the snare on the 5 and 13, and the hi hat on 1, 3, 5, 7, 9, 11, 13, and 15. But to stop talking numbers – a visual map is a much clearer way to showcase the beat. Take a look at the map for the beat we’ve just made. Listen again to the beat and try to understand the map – once you understand the map, making the next set of beats will be very quick and easier to understand.

Building on The Basics

Now that we have the basic beat down, we can begin to make small adjustments to create something more unique. For example, by changing the position of the last kick and adding an additional kick marker, we’ve made this simple beat a little more danceable and less robotic. Take a listen to the audio, then see the changes made on the map.

Already we are making the basic drum beat a little more unique, by continuing to edit and build we can continue to make a beat that is more individual. Let’s try changing the snare. Once again, listen to the audio, then read the beat map to see the differences.

Once again, our beat is more unique than the basic pattern. So now let’s adjust the hi hat and we will have an entirely new beat.

With just a few tweaks and changes, we’ve changed a very predictable beat into something more individual. Now, there’s a reason people use the classic beat – it’s great, it’s simple, and it gets people dancing, and whilst the beat we’ve made might not be to everyone’s liking, it is unique.

Producers should always look to make something new, but equally the old sounds are classics for a reason – because they’re great, and they’re effective. Great producers find a balance between the old and the new. So, why not have a go at making your own unique beat by adjusting the classic beat?

Other Classic Beats For Inspiration

If you’re feeling a lack of inspiration, here’s a few classic beats to get you started. Like we did with the previous beat, why not try adjusting and editing until you make something unique?

Made popular by disco producers, built on by dance-punk rockers, daft punk and house pioneers, this beat is sure to get your listener’s heads bobbing and their feat tapping. This beat is a classic for a reason.

Triplets are the building blocks for a lot of current hip-hop and trap, though they are used in all EDM genres too. Using triplets is a great way to add a little spice to your rhythms – pull this trick off and your audience will be sure to get into the groove.

Half Time Mixed with Double Time

A great producer trick is to mix half time with double time – this means that some drums sound only at half the speed as you’d expect them to sound, whilst another drum is playing at double the speed you expect. The result is a little disorientating, but it’s a great way to create variety in your tracks, especially for a breakdown. In this example, the kick and snare seem to be played at half the speed of the hi hat.

Originating in Latin America, this beat is quickly becoming one of the most popular worldwide. Sure to add a groove to your track, this beat will once again help add variety to the beats you are producing.

All Amazing Beats Begin as Experiments

These example drum patterns are a great place to begin. These kinds of beats are used over and over again by world-class producers making hits everyday. From these beats you can begin experimenting and tinkering until you’ve made something entirely unique. All amazing beats start off as experiments, so why not try experimenting with a new drum pattern today?